The Strange Sad Tale of Azurith Greetings my dearest collector of the unusual and unexpected. Firstoff, I shall introduce myself, as the proprietor of that odd collection of artifacts and ephemera ‘Synthetic Relics’. I am afflicted, like you I suspect, with an unfortunate sympathy for all that is dark and unsettling, the works and makings of the world that most in modern society would think loathsome, but you and I find utterly compelling and endlessly fascinating.

With that bond held fast in our minds, today I wish to share with you the strange tale of Azurith, cursed beauty of the NocTa'lok. Her history comes by way of a peculiar manuscript, shown to me only once by a well travelled and well inebriated merchant sailor of grim disposition and even grimmer appearance.

One chilled evening at a leaky pub in a wholly inhospitable area of old Brooksmouth, after enduring seemingly endless rounds of throat scorching scotch and ear searing conversation, I was finally able to convince this man to reveal the document I had sought for weeks. The Levarian Manuscript.

What follows is a retelling, assembled from the few hasty transcriptions I was able to scratch out before the sailor’s mood turned and he snatched the parchment away with a gnarled claw.

In the time of the half-moon, the year of the hunter’s reckoning, so it was that the Kathabaskin court descended into chaos. The regency which had ruled and cowed the people of NocTa’Lok for centuries fell with a terrible violence that spared but few from it’s seismic wave of death. From the sparse and twisted remains rose the cursed beauty Azurith enemy of the Kathabaskin and hero to her people, at least those few who still held breath in their lungs and blood in their hearts.

Azurith served the court from birth, pledged as she was by her low born pauper mother, alongside her half brother the Demon Knight Alkamurith. The clockwork intricacy of politics and the Assasin’s silent poison were her tutors. Alkamurith, fearsome and disciplined, founded the Alkam warrior order whose adherents follow the code passed down in his sutras of holy battle.

When the reckoning finally came it was swift and merciless. The kind of cruelty spawned from a universe wholly devoid of sentiment. To think it was fate would require a kind of cosmic order or justice. There was no order. Only the incomprehensibly vast and inhuman wheels of entropy crushing under its turnings the cares, wants, and hopes of delicate living things.

Azurith saw the signs in the subtle movements of the aristocracy, tremblings in the webs of her understanding. She knew the history of conflict rarely spares the low-born, the common, the fieldhand, or the worker. So she made her preparations. The smallest fraction of the multitudes could she spare with her damned half-brother leading a detachment of his most loyal guard as a shield from the cataclysmic terror.

Now, she shepherded these pitiful remnants of the once-great city state of Memnoc - That thousand year old mecca now laid to ruin by the folly of it’s brittle rulers - towards the constellation of the great serpent.

And so did Azurith and her wards wander the darkened plains. A mournful wind carrying the forgotten voices of a thousand of her people, propelling her towards the obsidian cliffs stretched impossibly high. There she knew, her temple would be built, her people restored, the deep workings of the old ones would be called again. And so it was that the crystal windows were carved and the great old trees gave their trunks to the parapets, flung towards the star helixed sky and plunged down deep into the black sand and jagged rubble.

Curled in that manuscript was an image of a Relic, an inked drawing impossibly old and torn. I saw it for but a brief moment. However, it seared itself into my memory and I quickly attempted my own poor sketch on a piece of discarded paper. From this sketch I went on to produce a re-creation of the relic in my workshop using modern techniques. Many versions and materials were attempted and discarded before settling on a final design.

At last, this startling recreation of the ancient and alien artifact can be viewed here: 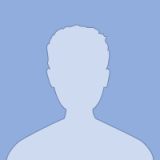 I love this! I saw the pendant on facebook and came to find out more/ what the design is related to.